AG Lighting Innovations: Pioneering the Future of Lighting in Poultry

Tom Ellsworth, CEO and Managing Partner
Lighting is a big piece of the puzzle in a poultry farm to raise a good bird. It has a profound effect on poultry behaviors such as feeding and roosting. Dark areas in the poultry house can lead to piling while dim lighting results in poor intake of food by the birds, which invariably causes slow growth rates. As every experienced poultry farmer would know, the problem stems from the lack of uniform and bright lighting. The Tennessee-based AG Lighting Innovations has addressed every lighting issue faced by the poultry industry with its waterproof LED light fixture—AG 25— that harnesses the superpower and low energy cost of LED tech. “We have pioneered an electronic luminaire, which unlike the traditional LEDs, shines brighter, lasts longer, and is farm tested to take on the challenges of the poultry house environment,” states Tom Ellsworth, CEO and managing partner of AG Lighting Innovations.

Ellsworth draws attention to how conventionally farmers buy cheap light bulbs in bulk and face the problem of flickering. Moreover, as the bulb is screwed into a keyless fixture that is not airtight or waterproof, it gets corroded due to heavy ammonia emanating from the birds’ excrement. Adding to the woes, the light bulbs get covered with dust, wasting foot-candles on the floor and causing non-uniform distribution of light. As a protective measure, the AG 25 has a lens placed over it to make it dustproof, and that ensures uniform light distribution. Not just that, the circuit board is placed on an Aluminum plate that acts as a heat sink to counter the drawbacks of a regular A19 light bulb frame, which are increased heat and a shorter lifespan.

The AG 25 LED light fixture is purpose-built for the poultry industry and is brighter in comparison to most other agricultural lighting,” points out Ellsworth.
The AG 25 has proven to be a groundbreaking solution for poultry farmers. It has helped them attain lower mortality rates and better feed conversions for the birds, which improves gut health and helps fight against bacteria and infections, resulting in fewer antibiotics and improved weight. “We take pride in the fact that numerous farmers have testified that AG 25 is the best light in the market.” 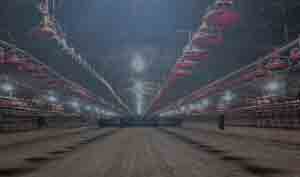 Another significant advantage of using the AG 25 LED light is that the light loses less than 2% of its lumens in a year, as opposed to the typical led lamp that loses about 10 to 15 percent of its lumens every year. For instance, in the five year warranty period of the product, if users are getting six-foot candles initially, then they would still be getting five-foot candles in five years. It comes as no surprise that AG Lighting Innovations received a patent in January 2017.

In an implementation highlight, a poultry house that had CFL bulbs and was getting about a foot-candle, wanted to increase it to three-foot candles. AG Lighting installed their lights, with a custom made adapter, which increased the foot-candles from 1 to 5.

Post a string of success stories in the poultry segment, the company has forayed into other livestock segments with the AG 25 proving its mettle in hog houses, stables, dairy milking parlors, and even warehouses and leather tanneries. In leather tanneries, the chemicals used normally corrode fluorescent tubes for which AG LED light fixture proves to be a cheaper replacement over the tubes, fixture, or ballast.

The company’s next plan on the anvil is to develop an app for hog houses to control and change the color from white to yellow or yellow to red. This will enable the hog farmer not to startle pigs while turning on lights at night, as pigs can’t see red light. Ellsworth sums up, saying, “We continuously strive to push the envelope in our innovation efforts.”

Description
AG Lighting Innovations is a Tennessee based company which addresses every lighting issue faced by the poultry industry with its waterproof LED light fixture—AG 25—that harnesses the superpower and low energy cost of LED tech. It is a pioneer of an electronic luminaire which unlike the traditional LEDs, shines brighter, lasts longer, and is farm tested to take on the challenges of the poultry house environment. To counter the drawbacks of a regular A19 light bulb frame, AG 25 takes protective measures like placing lens over it for dustproof action ensuring uniform light distribution and placing an Aluminum plate that acts as a heat sink for reduced heat and longer lifespan 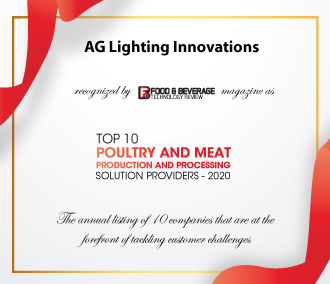 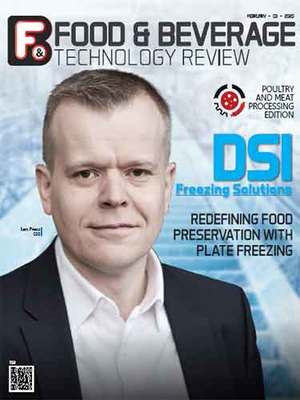